RICHMOND, Va. – Mapcom Systems, a leading provider of visual operations management software, hosted their annual M4 Users Conference at the Downtown Marriott in Richmond, VA, October 8 – 11, 2018. Nearly 60 client companies from all over the country were represented by over 130 employees who traveled to Richmond to participate in trainings, workshops, special interest groups, and social outings. 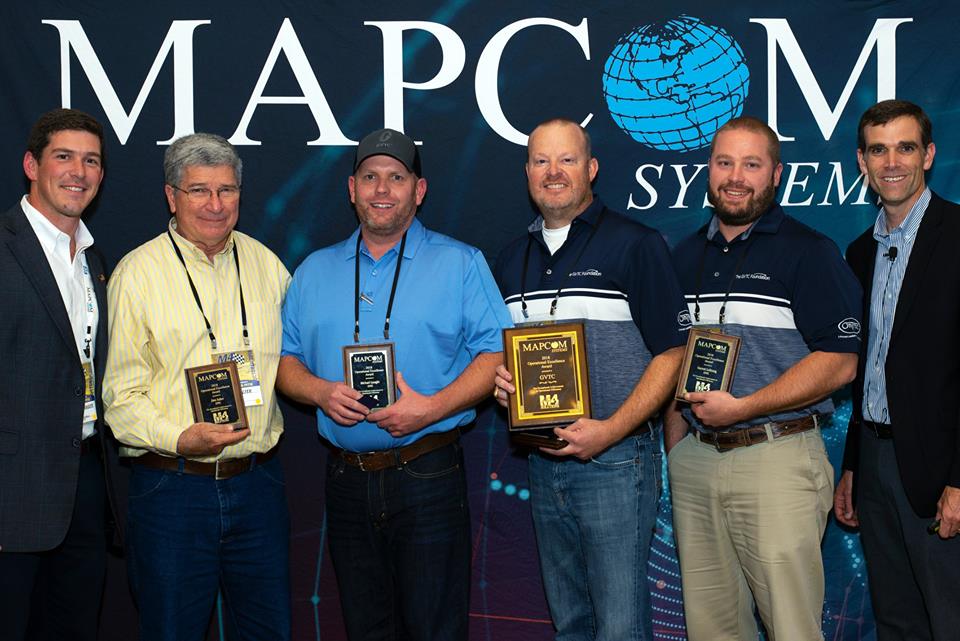 The Operational Excellence award is given to companies who exhibit exceptional levels of innovation in their companywide usage of M4, with visibly increased efficiencies and revenue, and a resounding impact on the entire company’s operations.

This year, the Operational Excellence award goes to GVTC. Since implementing M4 Workforce, multiple operational departments take advantage of the tool, with M4 Web Console providing other departments with access to maps and ticket information. M4 Workforce’s scheduling and optimization has drastically increased visibility and routing of technicians – MMTR has been reduced 40%, MTTI 45%, and trouble ticket scheduling has been increased by a whopping 50%, bringing real-time ticketing up to 98%. In short, M4 runs their operation, eliminating complaints over scheduling, increasing operational efficiency, and improving overall customer satisfaction. Congratulations, GVTC! 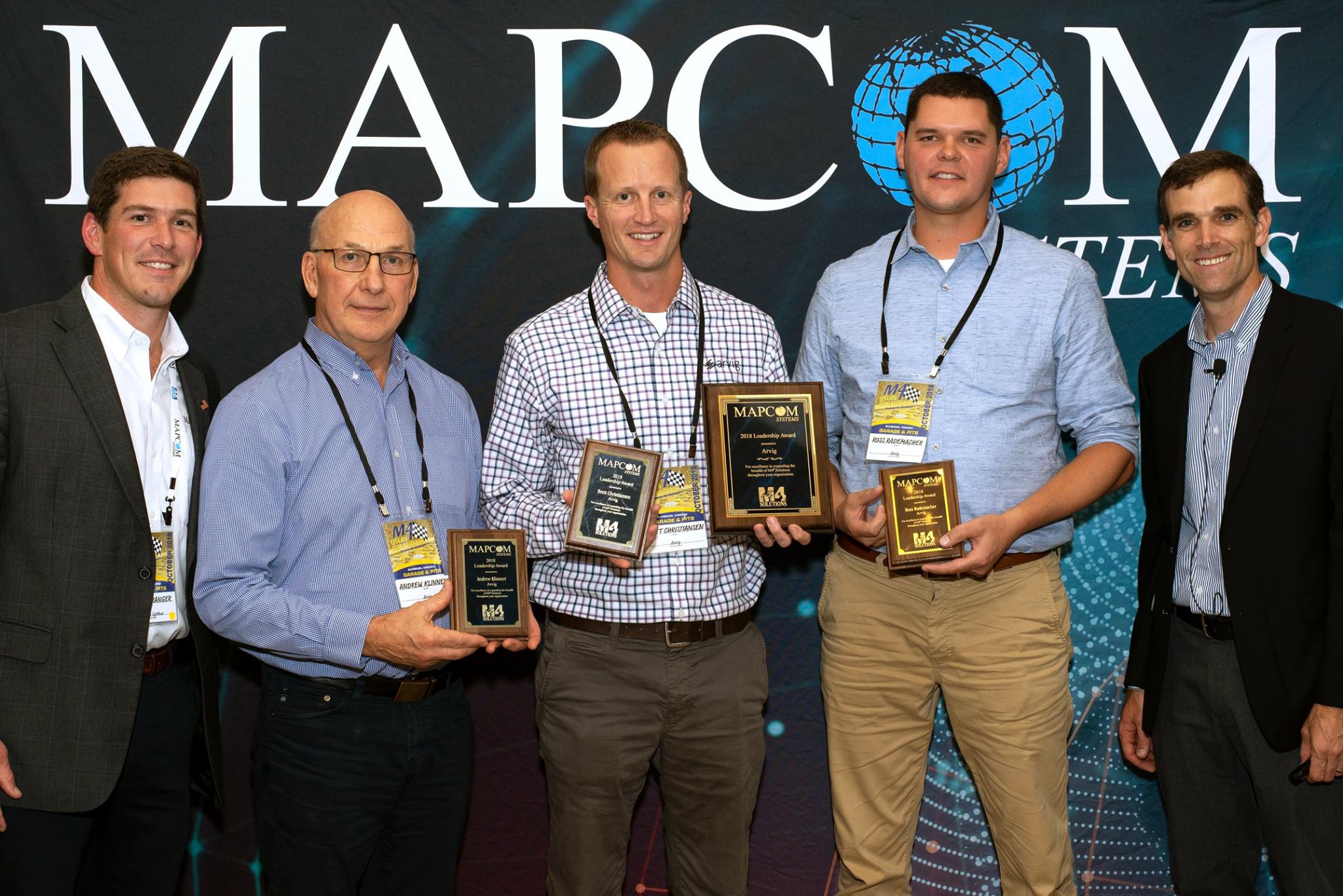 The Leadership Award, occasionally won by past award winners, focuses on Mapcom clients who are characterized by a spirit of innovation and a consistent ability to push the envelope with how they are able to utilize M4.

The 2018 Leadership Award goes to Arvig! They have already won a number of Smart Rural Community Awards, including for Perham where their main headquarters is located. They are WC2 Early Adopters, already assisting in the fine-tuning of the product’s future. They have automated their FCC deployment reporting, improved locate information through automated KMZs, cleaned up their structure data, and utilized M4 RevGen to create and foster leads. Congratulations, Arvig!

This award is a relatively new award, and it is only the fifth year to be awarded. The Campus Innovation award focuses on innovation and proficiency, measurable efficiencies, unique use of M4 benefits, and overall significant improvements made to quality of operations.

In 2015, James Madison University hosted College GameDay for the first time, with the Telecom department instrumental in their use of M4 to plan out resources; the success of their first hosting opportunity enabled them to host GameDay last year for a second time in two years. JMU truly deserves the Campus Innovation Award; with M4, they were able to create flood plain analyses and conduit buffer designs, as well as save quantifiable hours on a number of vital processes including cabling length charts, circuit loss budget analyses, capital projects, contingency pathways, locates processes, and company-wide data distribution and access. Congratulations, JMU! 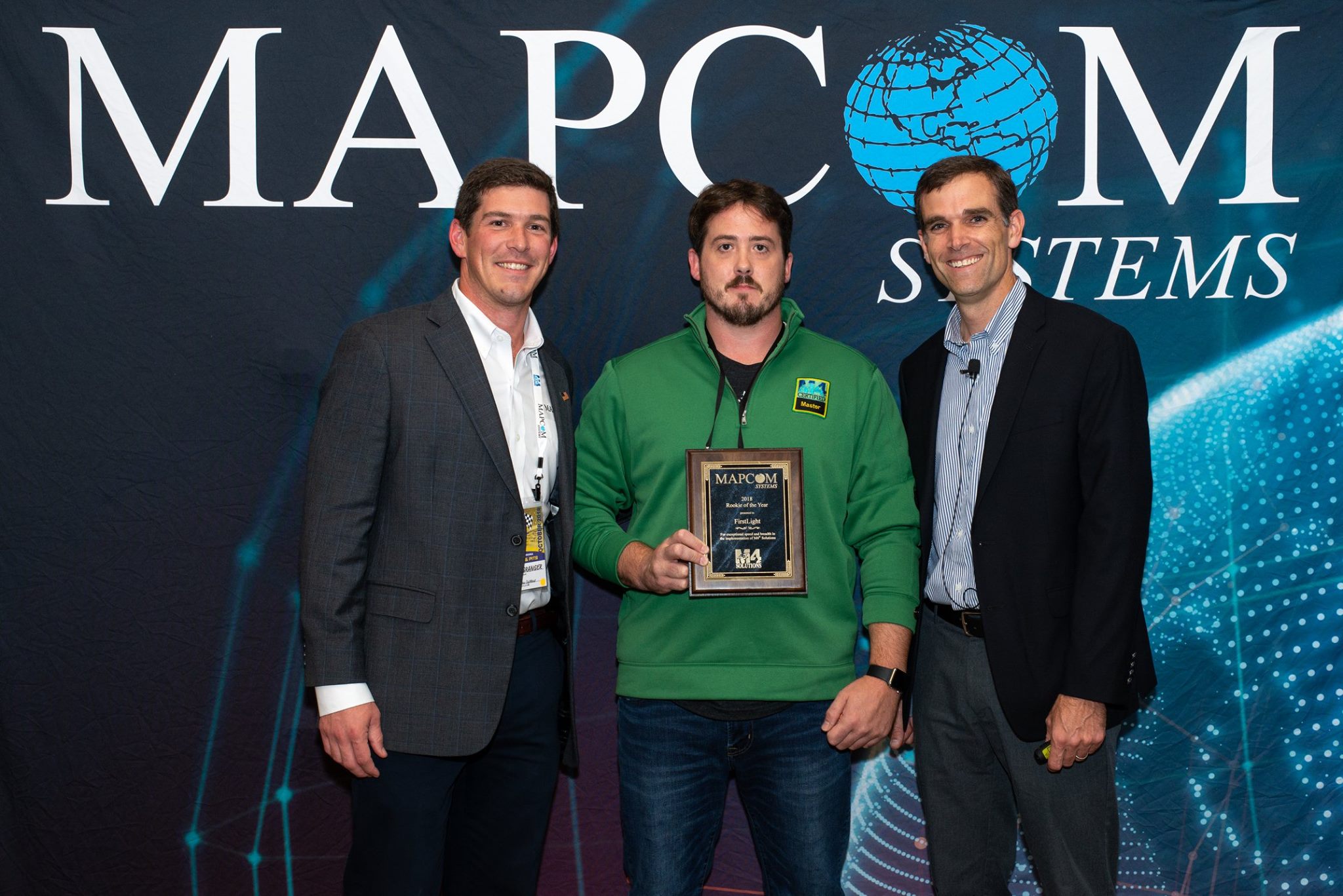 Mapcom’s Rookie of the Year Award is given to new clients voted by Mapcom project managers and support personnel as outstanding in their usage of M4, excelling in the execution of the solution implementation plan, and significantly improving their quality of operations.

FirstLight won the 2018 Rookie of the Year award for several reasons. As a brand-new company with Mapcom and new project within M4, FirstLight consolidated network data from 6 companies into a single M4 project. They were able to take their reporting delay on Route, Strand, and Sheath Miles, as well as cable utilization and Near Net/On Net from days to on-demand, with their innovative usage of M4 Universal Translator. Throughout the process, FirstLight exhibited top-down adoption, with high executive involvement, constantly pushing to make the very most out of the software. Congratulations, FirstLight!

Mapcom Systems is the developer of M4 Solutions Suite, a visual operating system that helps communications providers manage their workforce and networks, including both outside and inside plant, at the physical and logical levels. Mapcom Systems serves communications providers around the world, but primarily those in rural areas across the United States.

These cookies may be set for social, targeting, advertising, or commercial purposes. They are not necessary for the function or technical support of the website.

These cookies are set for statistical purposes and allow us to analyze how users interact with the website.